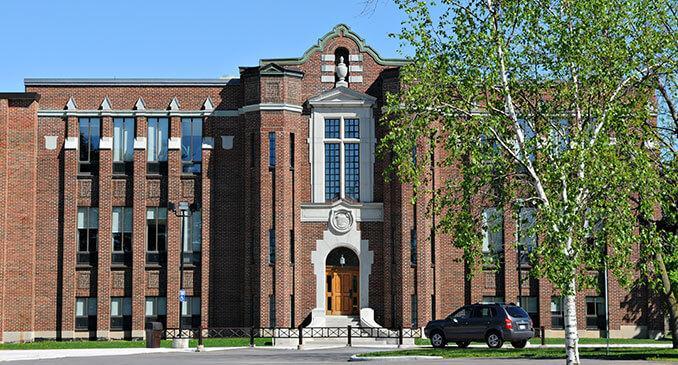 The school opened in 1866. Although High School classes had been held in the Clinton Masonic Lodge as early as the mid-1850s, it was not until 1866 that Clinton High School was formally established. In 1877, the original Clinton High School building was erected. It was a Gothic structure with a centre block tower and mansard roof. The school was officially designated a Collegiate in 1885 because it offered courses in classical studies (Greek and Latin).

A new building constructed in 1926 replaced the original yellow brick Gothic school. The 1926 building was built in the Tudor style and is the oldest school building still in use as an educational institution in Huron County. The school was known as Clinton District Collegiate Institute until 1964, when the name was changed to Central Huron Secondary School. In 2002, it amalgamated with the former Seaforth District High School.